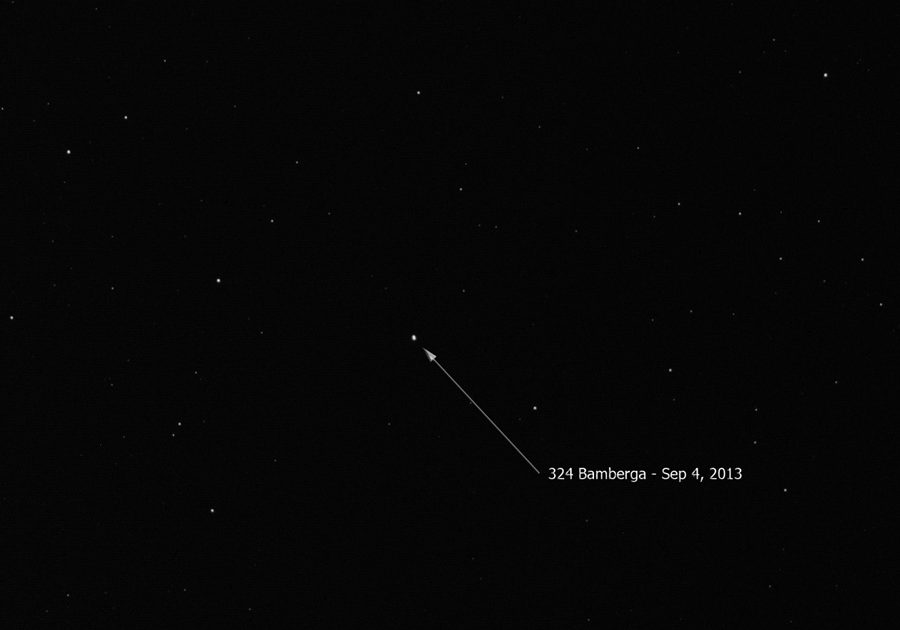 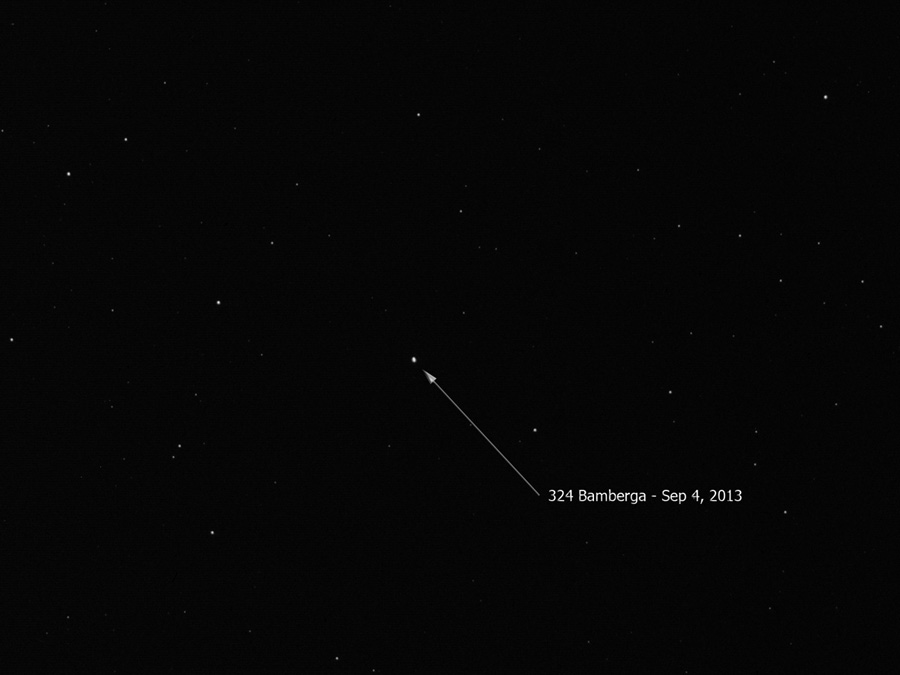 Asteroid 324 Bamberga at opposition in September 2013.

Being one of the largest known asteroids, with a diameter of about 230 km, its magnitude however varies greatly due to a very high orbital eccentricity.
It is brightest on September 13 2013, at magnitude +8.1, after which it fades again beyond visibility in amateur telescopes. It takes 22 years before it reappears at this magnitude.
It makes a close approach of about 0.78 AU at perihelion, no other asteroid so large gets so close.

The asteroid was discovered in 1892 and is named after the German city of Bamberg.

The animated GIF which is available below shows the movement in the sky of this asteroid during the period of just 2 days (Sep. 03 and Sep 04, 2013).

Not one of the best images due to noise issues, but it clearly shows the movement of the asteroid during these 2 days.