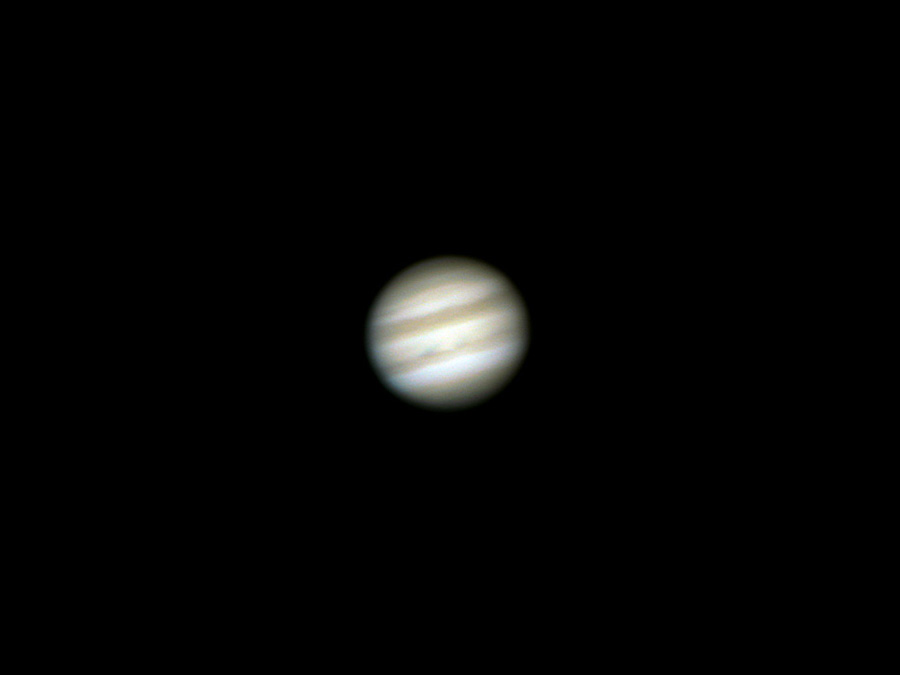 Jupiter, the fifth (as seen from the Sun) and also the biggest planet in our Solar System.
Jupiter is a giant gas planet, it has a mass one-thousandth that of the Sun, it consists of mainly hydrogen and about 25% helium.

Several different bands can be seen in the outer atmosphere of the planet.
Along the boundaries of these bands turbulence and storms occur, of which the Great Red Spot is the most prominent result.

Jupiter has at least 69 moons, including the four large Galilean moons discovered by Galileo Galilei in 1610, Io, Europa, Ganymede and Callisto. The biggest moon, Ganymede has a diameter greater than that of the planet Mercury.