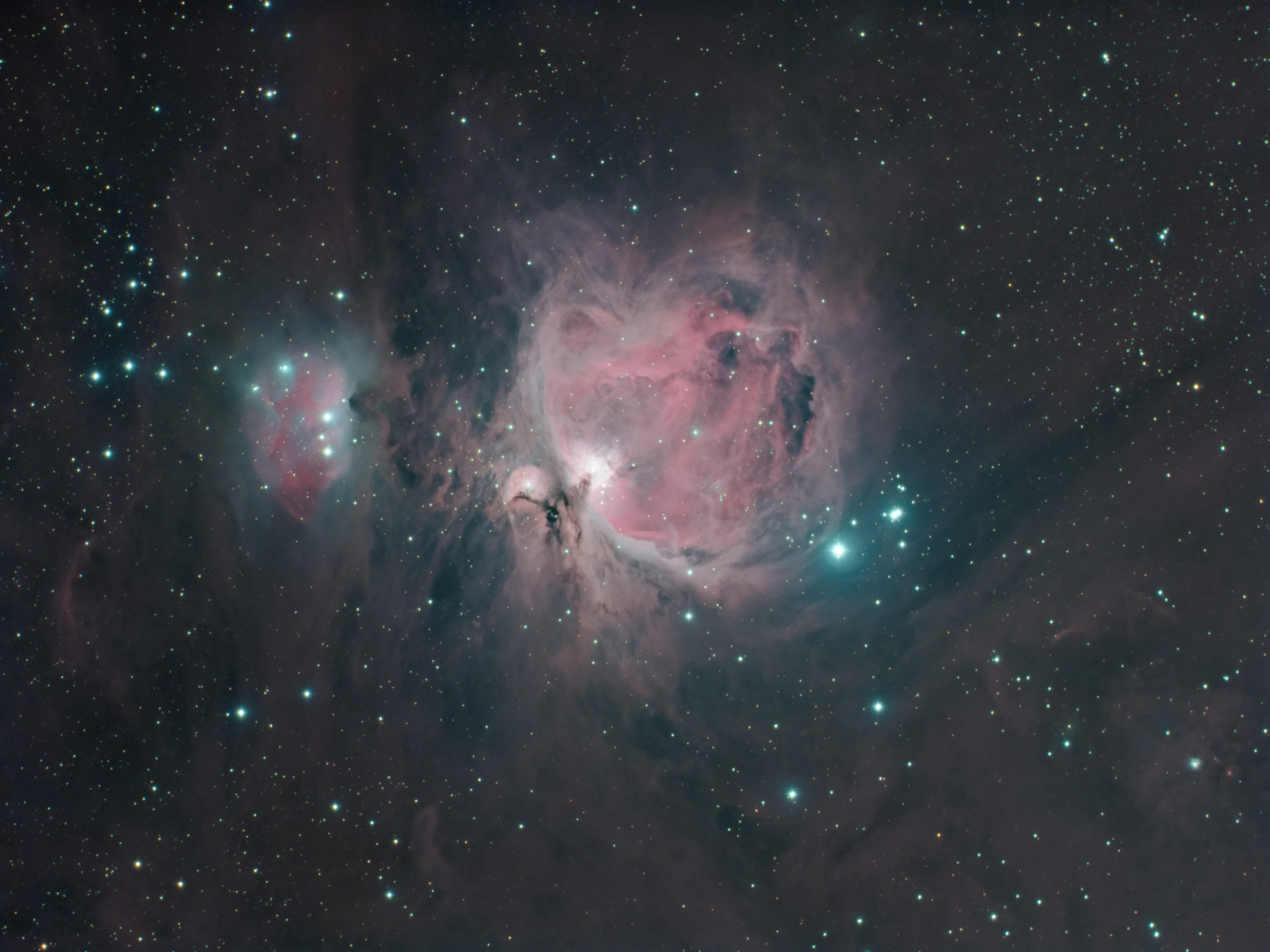 It is easily visible, even under moderately good conditions. It lies at a distance of about 1.300 light years.
The nebula is estimated to be approximately 24 light years across.

It contains a very young open cluster at the center, known as the Trapezium.
This nebula is one of the most photographed objects in the northern sky.

All exposures were taken through IDAS LPS-2 filter which was in front of the filter wheel.
CCD Temp was set at -15.
*Only 9 x 5 min. RED were taken but this was blended with 33% Ha.

It has been almost 6 years now since I last took an image of M42 (Jan. 2008) and with the new equipment I wanted to have another go at the brightest nebula in the sky.
I managed to get a lot of images over several nights, but the conditions at which they were taken were not very favorable. The Moon was already quite high in the sky and humidity was very high (above 80%).

Still struggling with correct color balance and sufficient color data to get good color when using Ha as Luminance. Pre-blending Ha in the red channel did not help very much either.
I decided to go with a rather conservative processing for the final image.

The core of the nebula was re-created using a layer mask and a separate frame consisting of 100 images with exposure times of around 10 (RGB) to 15 seconds (Ha). This technique was used: Astropix.com – Combining 2 Different Exposures 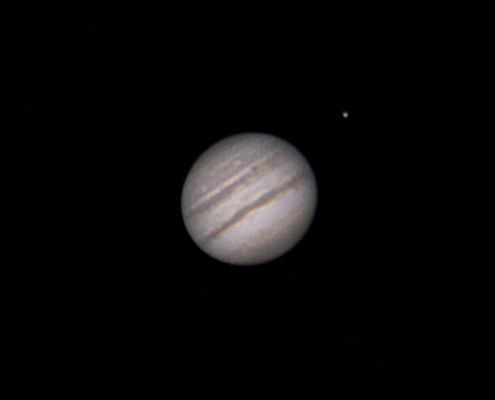 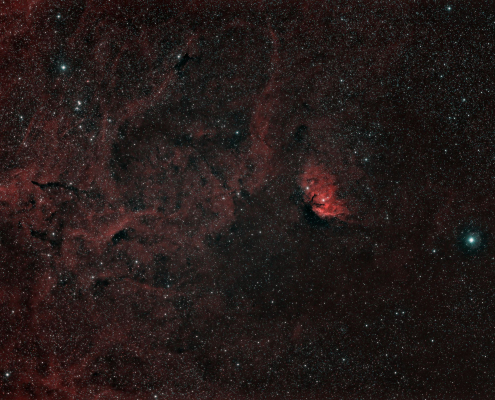