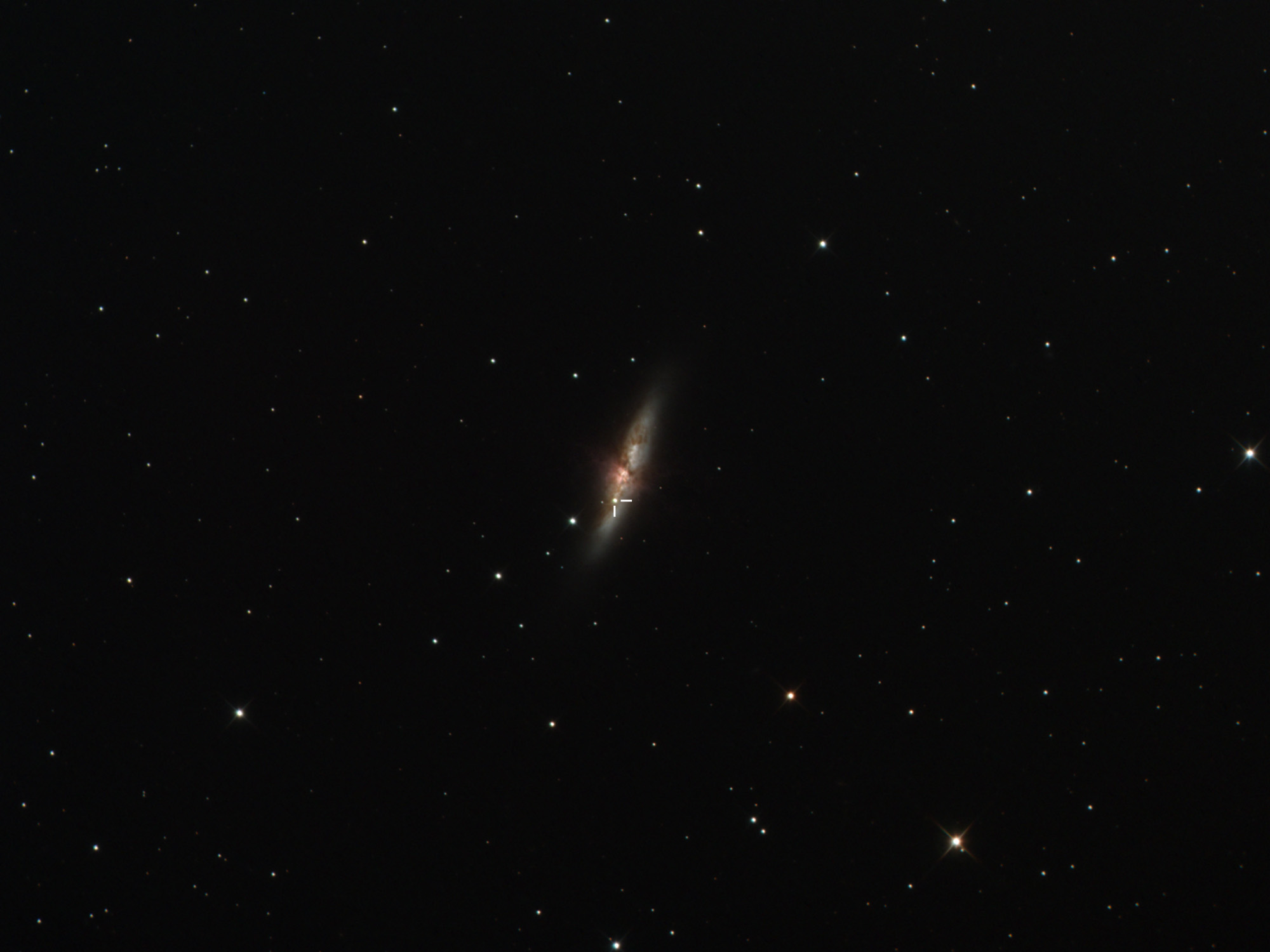 On 31st January the supernova stopped brightening at a peak magnitude of 10.5, it is the closest Type 1a supernova to be discovered in the past 40 years.
Designated as SN 2014J is a type 1a supernova which occurs in a binary system (2 stars orbiting each other) one of the stars is a white dwarf. A white dwarf is the remnant of a star that has completed its normal life cycle and has ceased nuclear fusion. White dwarfs are however capable of further fusion reactions that release a lot of enbergy as long as their temperatures rises high enough.

Within a few seconds of starting the nuclear fusion, a substantial fraction of the matter in the white dwarf undergoes a runaway reaction, releasing enough energy to unbind the star in a huge supernova explosion.

The typical visual absolute magnitude of a Type 1a supernova is about 5.000.000.000 times brighter than our own Sun. This also allows us to see it over a distance (in the case of M82) of over 12 million light years.

All exposures were taken through IDAS LPS-2 filter which was in front of the filter wheel.
CCD Temp was set at -15.